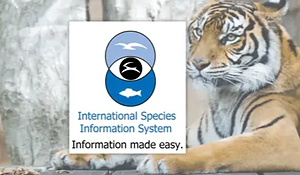 “We were getting ready to introduce ZIMS (Zoological Information Management System) that will completely revolutionize how zoos and aquariums around the world keep track of their animal records,” says Elisabeth Hunt, director of training and technical support for International Species Information Systems. “Our existing help desk solution was very buggy and I didn’t feel confident in its ability to help us support the rollout of such an important system.”

ZIMS is a quantum leap forward in information management for the thousands of zoo and aquarium staff around the world who will use it daily to track the health of their animals. ZIMS is a real-time unified global database of animal health and well-being, the first such database in the world. The nearly 700 member institutions across the world enter data directly into the global database, allowing members instant access to information they need for myriad purposes. ZIMS’ state-of-the-art design is expected to revolutionize the zoo and aquarium world, and inspire new research.

“We’re helping save entire animal populations with this system,” says Hunt. “For example, if a veterinarian in Poland needs to know the average white blood cell count for a juvenile African elephant, they can see averages for thousands of animals all over the world.”

With only eight people supporting over 10,000 users all over the world, in every time zone and in different languages, it’s clear that Hunt needs a reliable help desk system.

“We probably conduct 85% of our support via e-mail, which means we will barely have the time to help folks with questions about the new system, let alone the time to contend with our help desk tool falling apart,” she says. “We had to uninstall and reinstall the existing system at least once a month from our web server, and I knew that wasn’t going to work.”

Coming from the zoo world where she was in charge of education, Hunt admits she hadn’t worked a help desk before and wasn’t entirely sure of what she needed in her initial search for a support tool.

“When I arrived at International Species Information Systems, we were using e-mail as an issue tracking tool,” she explains. “I looked at a few tools, including Issuetrak, but chose the package that fit into our budget at the time. When it came time to purchase a different tool, I knew exactly what I wanted; automatic e-mail handling, an easily customizable interface, editable HTML pages, strong and responsive tech support, and lots of user-defined fields,” says Hunt, “and it was all in Issuetrak. I had wanted it for two years, and when we finally had it in the budget I was thrilled!”

In less than two weeks, Hunt had installed Issuetrak and tailored it to her organization, with prompt support from the remote Issuetrak team.

“Implementing Issuetrak went much more smoothly than I expected,” Hunt says. “Issuetrak’s flexibility – especially the ease of editing the web pages – enabled me to customize it for my team, which is scattered around the world.”

The challenges of a geographically dispersed team were easily met by Issuetrak’s support staff.

“The Issuetrak support team, compared to many support teams I’ve dealt with, is wonderful! They get back to us quickly, they’re friendly and helpful, and have really embraced the unique requirements I’ve placed on them,” explains Hunt. “They’ve been amazingly supportive of our global business.”

“For example, in order to allow Issuetrak to automatically add incoming emails to a specific issue, they had to change the code so it would recognize ‘Aw:’ and other non-English forms of ‘Re:.’ They did that almost as soon as I asked!”

One of the biggest results Hunt’s team noticed initially was the time saved on previously cumbersome tasks.

“Before, we would have to open an e-mail box, and cut and paste various parts of one issue together to create the whole picture,” says Hunt. “With Issuetrak, I now have a complete audit trail. That alone has saved us a ton of time.”

Bringing new users into the system was another task that previously consumed Hunt’s valuable time. After introducing Issuetrak, Hunt was able to put a system in place that allowed her support staff to share the responsibility.

“Issuetrak has improved my team’s ability to fulfill our mission of enabling our members to submit high-quality data.”

“When we add new users to the system, there are several options to choose from, based on permission levels, etc. With Issuetrak, I’ve created a simple link with the instructions for providing new users with the proper privileges and permissions, so anyone of my staff can do it. That has removed a big burden from my shoulders,” Hunt says.

Saving the lives of animals (and species) requires solid data. Due to the significance of a system like ZIMS, Hunt’s team needs to know about problems that could affect the integrity of the system immediately.

“Because Issuetrak is so powerful, we’ve been able to become more proactive by using features like Quick Picks to open issues for members before they even realize they have a problem. If an animal’s data submission arrives corrupted, we know about it right away,” explains Hunt.

“Issuetrak has improved my team’s ability to fulfill our mission of enabling our members to submit high-quality data.” Hunt credits the fact that Issuetrak is web-based for a big part of user acceptance.

“The only problems we’ve had have been with end-users’ unfamiliarity with anything but e-mail. But once we explained how to get in and do what they needed, they found it so much easier than the previous system.”

“The folks who were comfortable with a web-based system let me know right away how they felt.”

“I’ve received compliments from members who had really struggled with our previous support software,” says Hunt. “I’ve even had users who are responsible for things like writing USDA permits for their zoo take time out to let me know how much better Issuetrak works for them. That says a lot.”

In the future, Hunt says International Species will take advantage of Issuetrak’s knowledge base features and is even looking to add more advanced user licenses. “I expect to add more support team members, and may even let some ‘super users’ have power to submit issues on behalf of their institutional or regional co-workers,” she says.

“Since Issuetrak has been so helpful and so well-accepted there is a greater demand by users who want to use it more extensively,” she says. “I’m really, really happy about that .”

Solve your issues in one worry-free place.

Are you ready to see similar results at your organization? Schedule a demo with our Product Experts! 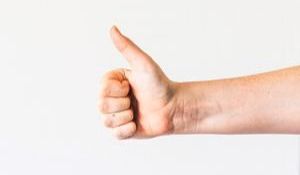