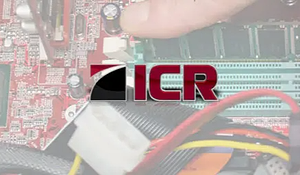 In addition to repair, Industrial Control Repair (ICR) can help customers track their inventory with on-site coordinators that will manage the asset repair cycle, handle warranty transactions, and track cost savings on behalf of the customer.

Both ICR services are strikingly similar to the internal service ICR’s IT department provides: They fix equipment (or software) problems, and they manage ICR’s inventory of assets.

Two years ago, their small, four-person IT team supported a total of 100 employees in Michigan, Canada, and Mexico. Back then, network/systems administrator Mike Driest recalls their team was in a constant state of reaction.

“There were five different ways people would report issues,” says Driest. “We’d get calls on our office or cell phones, we’d receive e-mails, paper requests, or we’d be told about issues as we walked through the halls.”

Information was scattered everywhere. “Without a single, central place to store our notes,” says Driest “we were forced to dig through old e-mails and forms for information, and we had to keep track of a lot of stuff in memory.”

To make matters worse, it was difficult to justify why ICR should spend money on a help desk product.

“Without reports, management didn’t understand where we spent our time. It was hard to show them ‘this is what we’re faced with.'”

For two months Driest says they experimented with a free issue tracking tool they downloaded from ASP.net. Unfortunately, Driest says, “it was very, very basic. It let you enter issues into a form, but you constantly had to manually check for new issues because there was no notification.”

They were faced with a choice: Either spend time writing code to make the tool do what they needed, or look for an off-the-shelf product that met their needs. Scarce IT resources led them to choose path B, and Driest had three golden rules to guide his search.

Golden Rule #1: Anything that wasn’t Active Directory integrated would be eliminated.

Experience taught Driest that anything they adopted had to be Active Directory integrated.

“When I started at ICR, we had Active Directory, separate mail systems, separate work order systems, and six accounting databases. We had users who needed to access all of these systems, and it was hard for them to keep passwords on each system synchronized.” Adding another system that required separate credentials just wouldn’t do.

Golden Rule #2: The tool must serve double-duty as an asset manager.

Driest says they used to track assets on paper, in an Excel file, or in an Access database. Again, there was no consolidation, and without one comprehensive asset report, it was hard to quantify to management how much equipment IT supported, and why additional equipment was needed.

ICR also has a significant mobile workforce in the field to support. On-site coordinators located in manufacturing plants all across the U.S. use company-provided laptops, mobile phones, and other devices to do their job, and Driest’s team had to support them.

Golden Rule #3: Don’t settle for anything less than 100% web-based.

Driest knew the less they had to install, the better off they’d be.

Web-enabled products would allow end users to submit issues via a web form, but for IT to log notes or close issues, client-side software had to be installed. “That didn’t give us much flexibility,” says Driest. “We roam the building, and we wanted to be able to log onto any computer to add notes and/or close an issue.”

One hundred percent web-based was the only way to go. “It would give us the ultimate flexibility as we continued to grow and evolve into other sites and remote users.”

Driest dismissed any software that didn’t meet his three golden rules. Issuetrak was the only one he found that had all three.

“All three key points on their website jumped out at me. My eyes lit up and I immediately clicked for an online demo and a 30-day trial.”

“Installing the trial version,” Driest says “went fairly well, but we did run into some small issues when trying to get Active Directory integrated.” Because Issuetrak encouraged him to use technical support during the trial period, he put in a support ticket.

“Issuetrak saves us time because we now have one central system with a built-in comprehensive knowledge base of previous issues and resolutions. We’re able to resolve similar issues quicker, and a lot more efficiently.”

“Issuetrak’s technical support was definitely better — and probably unique — when compared to other vendors. Sometimes ‘support during the trial period’ means you can search a vendor’s knowledge base to find out how to fix a problem. Issuetrak was very open-armed about it. To be able to place a phone call or put in a ticket… well, it saved us a lot of time.”

The IT team proceeded with plans to roll out the trial to the entire organization. “We wanted to get their feedback so they could help us build the case to buy it,” says Driest. And because Issuetrak was integrated with Active Directory, rollout to the entire company was painless.

“Issuetrak was kind enough to turn the thirty-day trial into sixty days, so we actually had two solid months where we could capture data and get people using it.”

Switchover from the trial version to the purchased product was easy, too. “All we had to do,” says Driest, “was activate a new license key.”

As a service company, Driest says they’re starting to focus on lean initiatives common in the manufacturing industry. “Toyota is a big embracer of it, and one of their mottos is ‘work smarter, not harder.'”

“Issuetrak saves us time because we now have one central system with a built-in comprehensive knowledge base of previous issues and resolutions. We’re able to resolve similar issues quicker, and a lot more efficiently.”

Always in a state of continuous improvement, they’re looking to leverage Issuetrak’s more advanced feature set. At first, a fair number of features were disabled to keep things simple. Now that the system is operational, Driest says they’re beginning to adopt features like the sub-status field and pausing the system clock on an open issue.

“Being able to pause the clock is nice because with it, we can run a report that quickly shows us which open tickets we need a user to respond to.”

Over the past several years, ICR’s mobile workforce has grown to a fleet of almost fifty PDA phones that are email-enabled with ICR’s exchange system. On the road, these users don’t always have their laptops fired up, and they don’t want to go through the hassle to boot them up just to log an IT issue. Under these circumstances, they’ll use their cell phone to call IT.

Driest believes Issuetrak’s e-mail module option could drastically reduce these phone calls for support. This module would allow their users to submit IT issues using a simple, free-form e-mail, and also reply to system generated emails from their PDA’s. “We’re beginning to see there’s a lot of value in giving users the ability to reply to Issuetrak automated e-mails. It would allow us to get responses back from them quicker, and we could close issues faster.”

Would ICR’s mobile users abandon their old habits and embrace Issuetrak’s e-mail module option? Driest says he’s asked key mobile users, and their answer is a resounding ‘Absolutely!’ He reports plans are in the works to test this feature.

Asset Management Continues to Pay Off in Spades.

“Issuetrak has done a fine job of auditing computer assets,” says Driest. “With printers, we keep track of each PO (what we paid for it, what vendor we bought it from), we track the date it was installed, and what IP address we assigned to it.”

They also use Issuetrak to manage miscellaneous computer accessories: USB flash drives, batteries, and power adapters to name a few.

But, says Driest, they took it one step further, using Issuetrak to manage company-issued phones and mobile broadband cards. “We were interested in keeping track of serial numbers and SIM card numbers; data that wasn’t readily available to us.”

Inventorying cell phones, he says, comes in handy time and time again. Before, whenever a phone number was swapped to a new phone, Driest had to rely on the mobile phone user to read him the bar code located under the phone’s battery.

Now this information is kept in Issuetrak. If Driest needs to call ICR’s cell phone provider to discuss an issue, all of the information he needs is at his fingertips. And, according to Driest, they even use Issuetrak to track the outstanding cell phone issues.

“One of the things we were able to do,” says Driest, “was support more and more users, deploy more computers while keeping staff small. I was thinking about it the other day… how it’s changed how we work. Issuetrak has become a part of our IT department’s DNA. We’ve all embraced it. It works well for us day-to-day. And it makes us who we are.” Driest and team no longer have to mentally manage their issues.

Are you ready to free up some mental energy? Schedule a demo with our Product Experts to see how we can help take the pressure off of your teams. 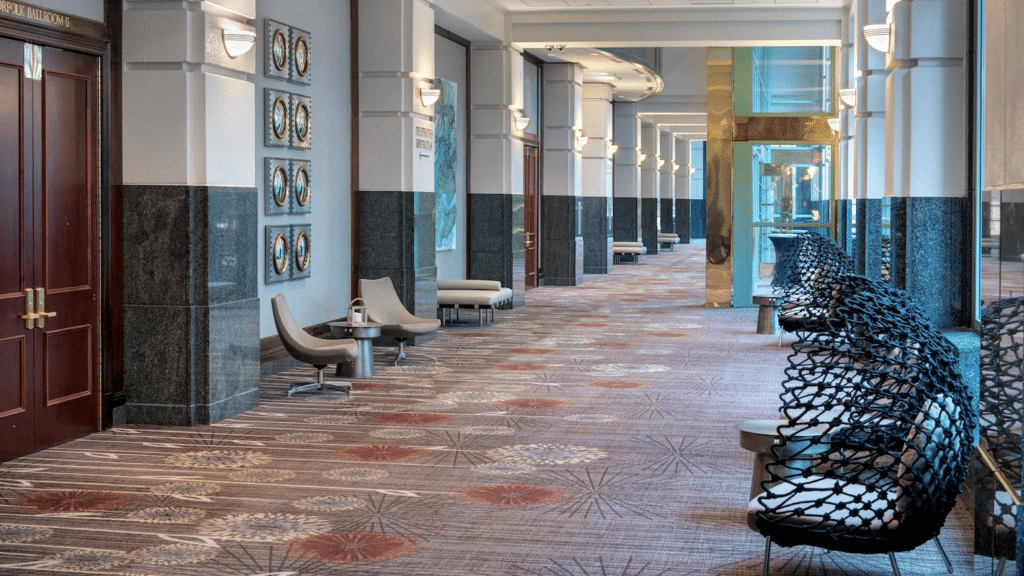 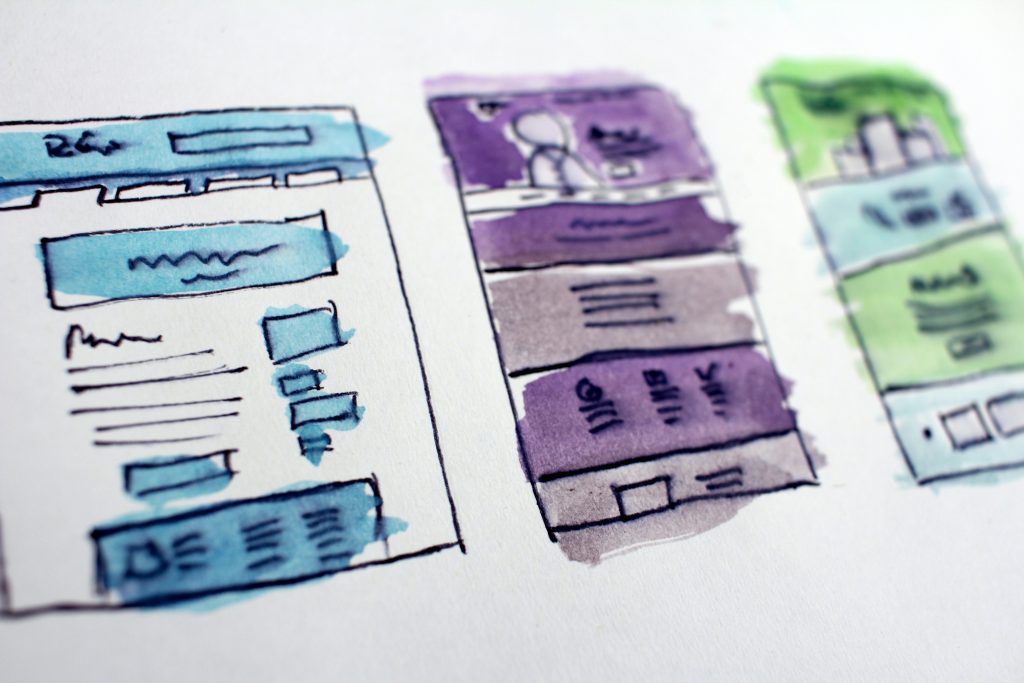